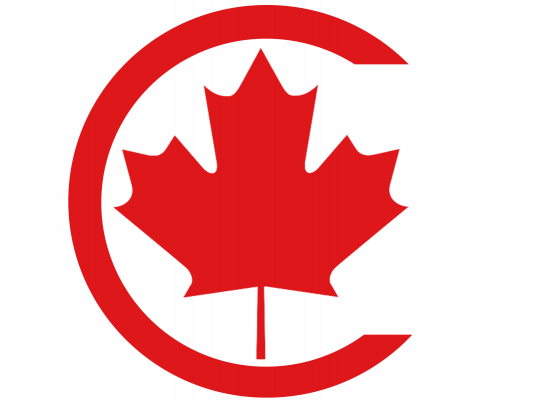 You probably know the Italian brand Scicon for their bike bags, but they have also been branching out and now have eyewear, cycle wear and a bike saddle. Far from slapping a logo on a generic saddle, Scicon have gone the whole distance with research, design and testing. The result is the Scicon ELAN Power Ergo Design Saddle.

Typical saddle brands can have a bewildering array of styles and designs from which to choose but with Scicon you simply decide between the men’s or the women’s saddle. The brand describe the ELAN as an all-rounder, suited to road cycling and MTB so this awoke my inner sceptic. It was first after taking the time to understand the principles behind the design that it began to make sense.

The all-black saddle weighs 199 grams and is presented with subtle black gloss and black matt graphic design which makes it easy to match with any bike. Like many modern road cycling saddles, there is a large cut-away section in the middle so that your contact/pressure points are more naturally positioned on the sit bones (ischial tuberosity) rather than the perineum.

At a glance, you will probably also notice that it is a bit wider and a bit shorter that a typical road cycling bike saddle… I originally assumed that this was because it wanted to be an all-rounder with mountain bike suitability. After testing the bike saddle, it appears to be a part of the holistic ‘Power Ergo Design’ concept which is worth exploring in this review.

As the benefits of the cut-away in saddles is already very well documented this won’t be addressed in detail, instead I will focus on two other attributes that make up the Power Ergo Design for the Scicon ELAN.

As you pedal your bike, your pelvis naturally twists. Scicon say that the shorter nose aids optimal pelvis rotation and I suspect other of design features such as the wider wings contribute as well.

But how would a shorter saddle help? And wouldn’t that simply screw up your body position? The first thing you need to know is that you have to set up the ELAN saddle correctly. Instead of measuring the distance from the tip of the saddle to your handlebars, as you would normally do, the tiny details in the packing instruct you to set ELAN saddle 3cm back. As the ELAN is 30mm shorter than a regular road bike saddle, if you instead set it as far ‘back’ as your regular saddle, then you will have the some fit / position as before.

Eager to start riding, I didn’t notice this tiny but important detail and automatically installed the saddle by measuring the distance from the tip of the saddle to the handlebars and as a result had slightly more upright cycling position. It is an easy enough mistake and when I installed correctly and moved the saddle back, it meant that my body and sitting position returned to the correct position.

This still doesn’t explain the shorter nose which I think is to prevents you from inching too far forward. If you watch pro-cyclists in a break-away, a lot of them tend to sit far forward towards the nose and in the long-term, this can become less comfortable and less efficient. With the shorter nose there is less space to move forward so the ELAN saddle keeps you closer to your optimum riding position. To keep you in position, the saddle slightly dips in the area where you sit, it is not as aggressively as the Selle SMP saddle, but enough to center your backside and body into the right position.

But that’s not all, if you look closely at the print towards the nose of the saddle you will notice that it is fairly grippy and would prevent from slipping and sliding around. In practice this works well, I was able to retain my position and recognised that I was less likely to inch forward.

And the wider wings? Scicon are fairly brief when it comes to the details so my guess is that this provides more support for the backside and legs by distributing the pressure from the sit bones. While riding, I did notice this in upright riding positions, particularly climbing hills and feel that it will take a bit of getting used to.

In bike and cycling gear design, stiffness is highly sought after because it means improved power transfer as less energy is lost. The flip-side is that when a bike part or frame is too stiff in the wrong direction, it also can become quickly uncomfortable. In the design of bikes and cycling equipment, the challenge is to balance comfort and stiffness. Experts can accurately define the locations, directions and amount of flex in a bicycle frame or part.

Transferring this over to bike saddles, typically carbon fibre rails and titanium rails help deliver more stiffness and expensive saddles utilise a stiff shell, it is up to the padding to provide comfort.

The Scicon ELAN has padding for comfort but it appears that the shell also allows flex specifically on the left and right side of the cutout. In comparison, my regular Prologo saddle (with cut-away) has no noticeable flex when I press down in the same area. I assume that this part of the ergonomic design concept which provides natural comfort and compliance as you pedal and your pelvis rotates. So that the power transfer is maintained, a solid carbon fibre rail is used on the ELAN.

A strangely worded ‘feature’ feature of the ELAN saddle is called compression control and except for a small print on the saddle, you probably wouldn’t know it is there. Scicon describe it as such;

This appears to be a ‘wear indicator’ but it doesn’t make much sense (unless I missed something). If the padding compressed from wear over time, the printed graphic will also compress and doesn’t have a reference point. But I interpret it to mean that padding will wear over time and affect performance… fine with me. Let’s move on.

I noticed this saddle felt a little different to my regular saddle (no surprise there) but it was comfortable and remained fairly comfortable irrespective of distance. I should point out that your cycling knicks and chamois selection will impact your saddle comfort. While testing the ELAN with different cycle wear, I used one brand of cycle wear where the chamois was not spot-on for me and this obviously impacted my ride comfort.

The principle of ergonomic design is to suit the requirements of the broadest possible audience and although Scicon is competing against brands that have specific differences in saddles (like width, shape, comfort) to try and fit individual preferences, as an all-rounder, the ELAN should be a good fit for a many road cyclists and cross country mountain bikers. But saddle comfort remains very individual and is impacted by the saddle choice as well as chamois, chamois cream, riding position and distances so if you have individual requirement, consult a professional bike bitter.

For weekend riders who are happy with a 60km loop, a performance saddle like this could be like putting premium petrol into a Ford Focus. It is not really necessary. The exception is for riders who have saddle comfort issues and need an alternative saddle.

Cyclists who spend more time in the saddle and love to tally up hundreds of k’s a week will get more value from the ELAN, especially considering the regular retail pricing of R3339.00. Although the ELAN may not appeal to riders who prefer super-hard and unpadded bike seats once you setup correctly and have adjusted to the ever so slightly different ‘saddle feel’, it will become invisible and simple do its job well.

ASG The Store is the world’s coolest online bike shop. We offer premier cycling brands and services across locations around the world including Australia, Europe and South Africa.